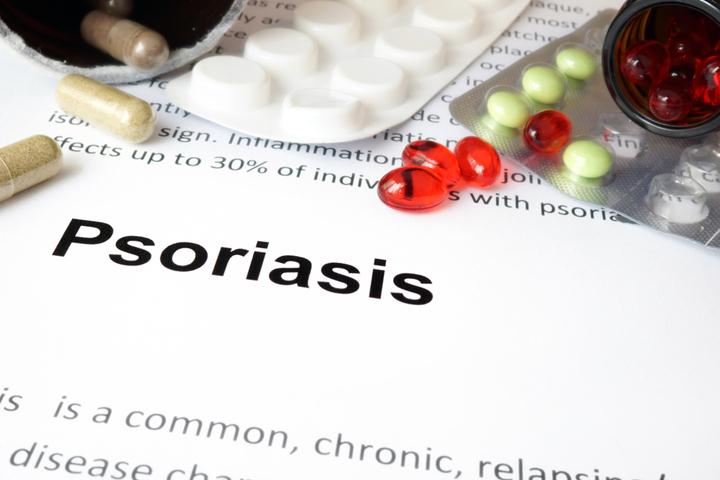 Psoriasis is a chronic condition resulting from an overactive immune system. Instead of the normal 30 day cycle in which new skin cells form, someone with psoriasis makes new skin cells every 3 or 4 days. This generally results in a pile up of cells that can’t be shed fast enough, leading to inflamed patches of rough, scaly, itchy skin. There are five major types of psoriasis. It is important to know which one you have to find the best treatment options. Here’s a look at the major types of psoriasis and which treatments tend to be most effective for them.

However, certain forms of psoriasis may respond more readily to particular treatments or combinations of treatments. It is also important to take severity and location into account.

Plaque psoriasis is the most common form of psoriasis. The scaly patches of excess skin cells that develop tend to be particularly rough and large; they are red and raised, and may develop a buildup of whitish, dead cells. They form most often on the knees, elbows, lower back, and scalp.

Plaque psoriasis can often be controlled by making lifestyle changes: keeping your skin moisturized, using effective topical treatments regularly, and discovering (and then avoiding) your triggers. More severe cases of plaque psoriasis may benefit from light therapy, which can be particularly beneficial for psoriasis that does not respond well to topical treatments. Oral medications, such as immune system suppressants or medication that reduces the production of new skin cells, can also work well for this type of psoriasis.

Guttate psoriasis is the second most common and it tends to begin in childhood. Psoriasis triggers can differ, but guttate psoriasis is likely to be triggered by strep throat. These lesions tend to be small, red dots that may appear all over the torso or limbs rather than a few large patches. Treatmenting guttate psoriasis generally requires the use of steroid creams, light therapy, and oral immunosuppressants or skin cell reducers in combination with avoiding triggers. Treating those triggers (such as strep throat) is a big step towards relieving episodes of guttate psoriasis.

Inverse psoriasis develops in the folds of the skin. Common locations include under the breasts, behind the knees, in the genitals or armpits—essentially the places on the body where the skin rubs together. Rashes tend to appear as shiny, red patches of smooth skin. Inverse psoriasis commonly occurs in tandem with other forms of psoriasis.

The most important things needed for treating inverse psoriasis also help prevent its appearance. Staying at a healthy weight can reduce the amount of skin rubbing together, which in turn reduces friction and sweating, both of which are likely to make matters worse. In addition to  general psoriatic treatments, inverse psoriasis generally requires antifungal and antibacterial medications to clean pathogens out of the area.

Pustular psoriasis can occur anywhere on the body, but appears most often on the hands or feet. Rather than red, scaly rashes, pustular psoriasis is a collection of small, pus-filled blisters in the midst of reddened skin. The pus is not contagious, and is composed of white blood cells rather than infection.

For smaller, less severe cases of pustular psoriasis, steroid cream can be a very effective method of treatment. However, the bigger the rash, the more treatments that will be needed. Oral medications can be used with topical treatments and systemic therapies. Managing triggers and underlying causes is a necessity. Light therapy should be reserved for after the blisters themselves have begun to heal and the skin is less sensitive.

Erythrodermic psoriasis is rare but very severe, and it generally occurs in individuals with extreme cases of plaque psoriasis. Instead of patches in small areas it spreads over most of the body. This sheet of redness can make your skin peel right off your body and can be quite itchy and very painful.

Erythrodermic psoriasis can be severe enough to require hospitalization; the full body rash can make it difficult for your body to regulate its temperature or fight against infection and can be life threatening. In addition to oral psoriatic medications and topical steroids, you will likely need wet dressings to soothe and heal the skin, as well as minimizing peeling. Antibiotics may be necessary to help prevent infection, and other psoriatic treatments may be needed in combination to minimize discomfort.