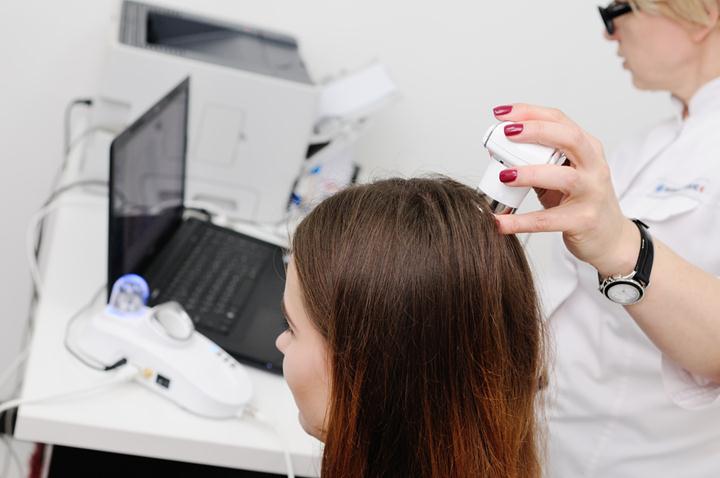 Scalp psoriasis is a condition marked by patches of itchy, yellow scales that develop on the scalp or surrounding areas of the head. These scales develop when the body’s immune system unintentionally attacks healthy skin cells, although the reason this occurs is still unknown.

There is currently no complete cure for scalp psoriasis, but with proper treatment, patients can bring their symptoms down to a more manageable level. Here is a look at some of the most popular methods used today.

It’s often best for scalp psoriasis patients to first attempt to control their condition using over-the-counter treatments, as these methods are typically cheaper and don’t come with many of the side effects associated with prescription medication.

There are a number of medicated shampoos available that can help minimize flaking or make flakes easier to remove. Products containing salicylic acid, lactic acid, zinc, or selenium all have the potential to help, but it’s important to realize that these are best suited for mild cases of scalp psoriasis—patients suffering from severe cases may not experience as much success with shampoo.

In addition to medicated shampoos, coal tar shampoos are also available. This substance is a byproduct of coal manufacturing and is one of the oldest methods of treating all forms of psoriasis. When using a coal tar shampoo, it’s important to remember that it’s designed specifically to treat scalp problems, not benefit the hair. Some patients may experience an unpleasant smell or change in hair health when using products like this.

Talk to your docor before using coal tar shampoo, as it can have negative side effects if you are pregnant, allergic to the shampoo ingredients, or suffering from a condition that makes you sensitive to sunlight.

When over-the-counter treatments are unsuccessful, prescription ones may be necessary. Most commonly, doctors will prescribe topical treatments, although in some cases oral medication can be used as well.

One of the most common prescription topical medications used is calcipotriene, which is also known by its brand name, Dovonex. This substance is a synthetic form of vitamin D that reduces the speed at which cells grow and aids in the removal of scale buildup. Side effects for this product are usually mild and include a burning sensation and additional itching.

Corticosteroids are another common prescription treatment. While they are considered one of the most effective topical drugs for dealing with psoriasis, they are incredibly powerful and come with some potentially serious side effects. These include permanent stretch marks or permanent thinning of the skin. Because of this, corticosteroid use should be closely monitored by a doctor and should only be used for short periods of time.

In instances in which topical creams are ineffective, oral medication may be necessary. For example, methotrexate, which was originally developed as a cancer drug, has become commonly used to treat scalp psoriasis. It helps to inhibit a particular enzyme that is responsible for the rapid growth of skin cells, which is one of the primary culprits in the development of this condition. Side effects for methotrexate include liver damage or birth defects in pregnant women.

There is still some debate about the effectiveness of natural treatments when dealing with scalp psoriasis, but there are two products that have a better track record than the others: aloe vera and oatmeal.

Aloe vera gel can be used directly from the plant, but there are also numerous products containing the substance as well. While there is no evidence to indicate that aloe vera can eliminate scalp psoriasis entirely, it has been shown to reduce inflammation and itching associated with the condition.

Similarly, finely ground oatmeal flakes can help soothe an irritated scalp, but there is no indication that it can completely clear up breakouts either. To use it, flakes are simply mixed with water until a slightly runny paste is formed. This paste is then applied directly to the scalp.